Mom dug these out of the closet the other day. They brought back some difficult memories. Those that know me might be surprise to find out that one of my first business ventures was in ladies fashion accessories. I learned some valuable lessons from this experience.

1) stick to what you know
2) earrings the size of pie plates are out of style even if they are hand made by villagers on an exotic island from very cool turtle shell and mother of pearl.
3) the dream of instant riches as women crowd my booth at the flea market waving their wallets was… a dream.
4) the ladies fashion accessories industry is notoriously unpredictable
5) but that doesn’t matter because I had no way of predicting it anyway
5) stick to what you know

If anybody would like to buy some earrings from me, I have special price. : ) 50% discount or better… lol 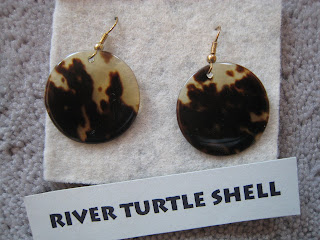 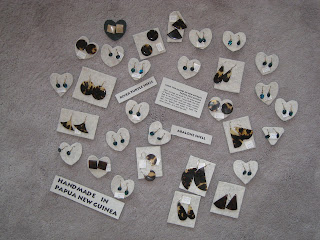 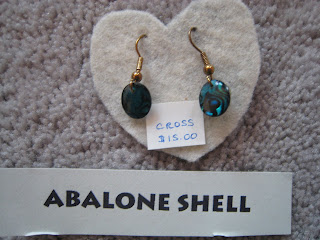 Quebecs only group of Mennonites is leaving Quebec. Why? Because they have a school in which reading, writing, math, science, geography, social sciences and music is taught… but not in accord with the official Quebec school curriculum. The Mennonites disagree with the curriculum on these points: Its emphasis on evolution, the morality standards it promotes and the acceptance of what is deemed ‘alternative lifestyles’. Quebecs Minister of Education, Francois Lefebvre, defends the decision too shut down the school,

“We are not trying to prevent them from living their life the way they want, but they have to obey the law when it comes to educating their kids,”

…as though the way we educate our kids has nothing to do with our lifestyles!

The province has threatened legal proceedings that could lead to “children being taken from their parents.” Welcome to the new and tolerant world.

This is an interesting article by J. Gresham Machen. Most of it is about his love of mountains and mountain climbing but having described his ascent up the Matterhorn, he relays some of his thoughts from the top as he looked over France, Germany and Italy… in 1933. At the time of writing he couldn’t have known that all three nations along with the rest of the world would soon be caught up in the worst war ever fought.

What will be the end of that European civilization, of which I had a survey from my mountain vantage ground—of that European civilization and its daughter in America? What does the future hold in store? Will Luther prove to have lived in vain? Will all the dreams of liberty issue into some vast industrial machine? Will even nature be reduced to standard, as in our country the sweetness of the woods and hills is being destroyed, as I have seen them destroyed in Maine, by the uniformities and artificialities and officialdom of our national parks? Will the so-called “Child Labor Amendment” and other similar measures be adopted, to the destruction of all the decencies and privacies of the home? Will some dreadful second law of thermodynamics apply in the spiritual as in the material realm? Will all things in church and state be reduced to one dead level, coming at last to an equilibrium in which all liberty and all high aspirations will be gone? Will that be the end of all humanity’s hopes? I can see no escape from that conclusion in the signs of the times; too inexorable seems to me to be the march of events. No, I can see only one alternative. The alternative is that there is a God—a God who in His own good time will bring forward great men again to do His will, great men to resist the tyranny of experts and lead humanity out again into the realms of light and freedom, great men, above all, who will be messengers of His grace. There is, far above any earthly mountain peak of vision, a God high and lifted up who, though He is infinitely exalted, yet cares for His children among men.

What have I from my visits to the mountains, not only from those in the Alps, but also, for example, from that delightful twenty-four-mile walk which I took one day last summer in the White Mountains over the whole Twin Mountain range? The answer is that I have memories. Memory, in some respects, is a very terrible thing. Who has not experienced how, after we have forgotten some recent hurt in the hours of sleep, the memory of it comes back to us on our awaking as though it were some dreadful physical blow. Happy is the man who can in such moments repeat the words of the Psalmist and who in doing so regards them not merely as the words of the Psalmist but as the Word of God. But memory is also given us for our comfort; and so in hours of darkness and discouragement I love to think of that sharp summit ridge of the Matterhorn piercing the blue or the majesty and the beauty of that world spread out at my feet when I stood on the summit of the Dent Blanche.

Bob Parker with the American Physical Society had this posting in his weekly newsletter:

MARTIANS: THE PHOENIX MARS LANDER IS TO BE LAUNCHED TOMORROW.

How can it be that 30 years after the Viking landings on Mars we still don’t know if there is life on our nearest neighbor? What have we been doing? Life to which we are not related may be the most important quest in science. It would put in perspective the foolish philosophical musings about “purpose” that over the ages led to spilling the blood of countless millions – and still takes lives. Perhaps then we could get on with making the most of the wonderful cosmic accident of life on Earth.

But wait a sec!!! Mr. Parker, what if there is no life on Mars? What if we discover that earth is a lonely little planet in our solar system graced with liquid h20 and a healthy atmosphere just right for the existence of life? What do we say then? This is all an accident? Well there are some things you just gotta believe…

For the 3 astronauts in Apollo 8, orbiting the moon for the first time in history, that wasn’t good enough.

Jon Kontz, a good buddy from PBU came up for the a few days. We drove into the Valley of the Ten Peaks and then hiked across Sentinel Pass into Paradise Valley. It was an amazing trip! 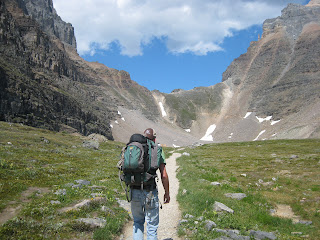 On our way up Sentinel Pass 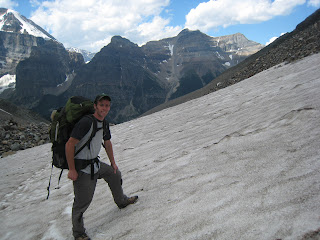 The other side of the pass 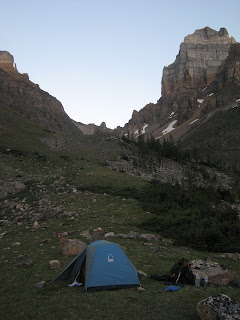 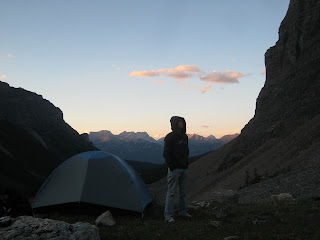 It was an incredible place for a campsite! 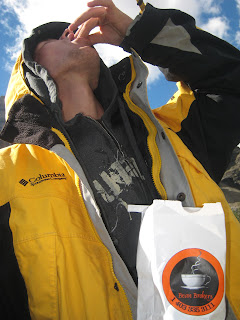 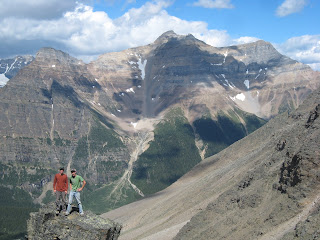