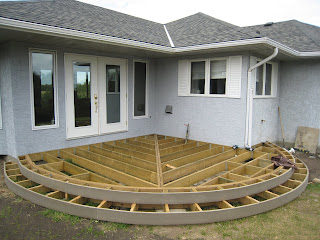 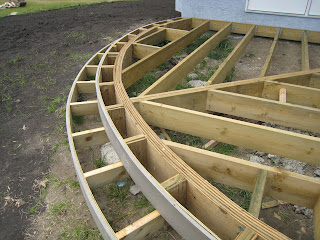 The backbone of the deck was a laminated plywood beam that sat on concrete pilings. The step stringers were then lagged to the beam. 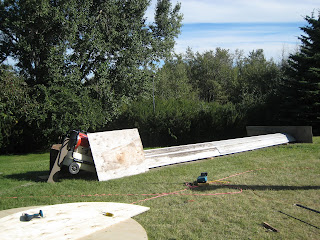 We heated the Trex (composite) boards in a makeshift kiln until the boards were almost too hot to touch. 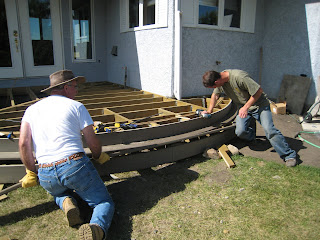 This softened them up enough to bend although we still had plenty of breakage! I owe Dad big for this one. 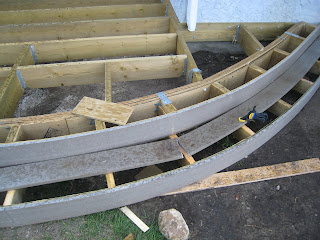 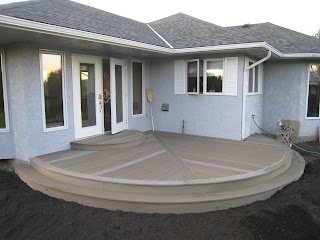 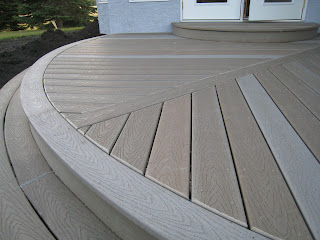 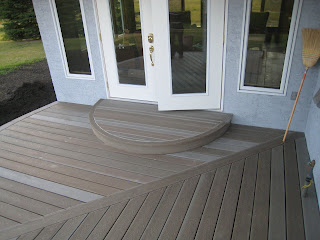 At least that’s the impression I get reading the financial news these days. World changing events are occurring and it is not exactly easy to sit back and watch completely detached…

Anyway, no matter what the stock market does, one thing is for sure, Wall Street will never be the same.

It has been interesting reading some of the guys who have seen this coming all along. They saw this coming but their recommendations have been mostly wrong up to this point despite their solid grasp of the economy and foresight. At first the great fear seemed to be deflation with the flight to the dollar but after the latest round of bail outs, it seems that inflation is our greater enemy… and a flight to gold. Maybe next week it will be deflation again.

The US government has taken an unprecedented role in the markets. They have not only bailed out companies as they did Chrysler, S&L’s etc. in days gone by, they have nationalized mortgage lending and assumed massive amounts of debt in the process. Interestingly, the US Gov’n could stand to benefit by having purchased these notes at greatly discounted rates. But as potential beneficiaries of the market the US Gov’n now has a direct interest in seeing real estate prices stabilized… otherwise their debt burden only increases. (by some some estimates to 2 trillion)

Some have highlighted the dangers associated with the govn’s latest interventions. Now the institution that has the power to make law also has a direct vested interest in the market. But then again, you could argue that it wouldn’t have benefited anyone if the entire financial system collapsed. I don’t envy central bankers these days.

Here is an interesting quote,

“The eruption of the U.S. sub-prime crisis has exposed massive loopholes in the United States’ financial oversight and supervision,” writes the commentator, Shi Jianxun.

“The world urgently needs to create a diversified currency and financial system and fair and just financial order that is not dependent on the United States.”

Not sure how the Chinese say this with a strait face when their own economic policies are not exactly sound either (to put it mildly!).

A couple weekends ago we got a chance to do some fishing in the Crowsnest area. 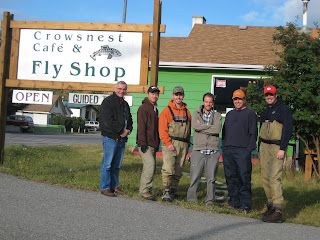 It was a classic trout stream with nice ripples, deep pockets and undercut banks. It was trout heaven … but without any trout. 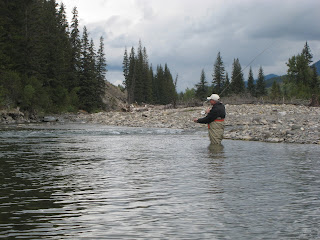 But later in the afternoon the clouds moved in and the fun began. 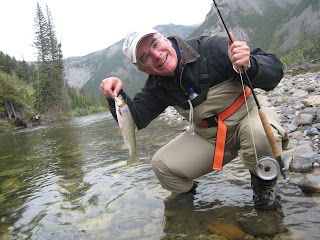 It was epic! iv’e never seen anything like it. The entire stream was erupting with rising trout. But they were selective too… They weren’t going for our bigger flies. But with the right fly… well with just a few cast’s I lost 3 flies on 3 very nice sized trout! And I did manage to land one too. 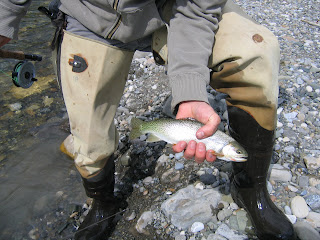 All around, a great day with good friends. 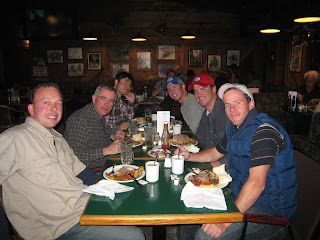 It was the birth of a new Republic, the fulfillment of years of struggle. John Adams stood before the House and Senate and proceeded over the inauguration of America’s first President.

The fledgling Congress had pressing matters to attend too but none so important than what title should be given to the President of the United States. This question alone would consume an entire month in the Senate and would pit America’s greatest statesmen against the rest of Congress. John Adams believed that the President should have a title commensurate with his position and proposed that Washington should be called “his Majesty, the President” or something of the sort. But the rest of Congress disagreed and decided that George Washington was to be referred to simply as “the President”. For his unyielding stance on the importance of title John Adams received the ultimate insult a young republic could bestow on its most loyal patriot. John Adams was a monarchist!

Although it would seem strange today to hear George Bush referred to as ‘his Majesty, the President’, this might have less to do with a developed sense of republicanism and more to do with a loss of respect for position and authority. There is not much that is sacred anymore. John Adams was worried that the title ‘President’ was too common and could lead to lowered view of the Presidency. “There were presidents of fire companies and cricket clubs…” but the President of the United States was not one those. He was the leader of a nation that would arguably become the most powerful and wealthy this world has every known.

So I wonder what John Adams, America’s first vice president, would say to the nomination of Sarah Palin to the Vice Presidency? A political play to buy votes maybe?

I am not questioning whether Sarah Palin is a respectable woman and an able governor but it’s fair to ask whether she has the experience to be head of the United States of America. We are not talking about Uganda here. Not France. Not Britain. Not Canada. But the economic and military powerhouse that is the USA… and a nation that is facing one of the severest financial crisis since the 30’s, a crisis that has deeply effected markets around the globe and shows no sign of abating. There is no shortage of potential foreign security concerns either. Israel continues to warn of an impending attack on Iran. Russia is still in parts of Georgia. Bin Laden is still hiding in a cave somewhere. China’s thirst for world resources has not disappeared. Kim Jong Ill isn’t feeling well…

As capable a leader as Sarah Palin might be, she would have a long uphill battle to fight if she were to assume the Presidency. She is a pawn in a political game and the rest of the world knows it. As John Adams understood well, it is vitally important that the President of the United States command a certain amount of fear and respect, title or none. I don’t know that Sarah Palin has it.

their god is their stomach.

their glory is in their shame.

their mind is on earthly things.

but our citizenship is in heaven

and we eagerly await a Savior from there.

So which is it? What is the drive? The motivation?

It is not what a man does that determines whether his work is sacred or secular but why he does it. The motive is everything. Let a man sanctify the Lord God in his heart and he can thereafter do no common act. AW Tozer ‘The Pursuit of God’

LOL, I came across this today. Look at the guy working in the cubicle next too him. I wonder how much those ‘old’ PC’s cost back then? Couldn’t have been cheap.

So I have been intending to post some photo’s for a while. Jon and Ariel are getting back from their honeymoon today so I thought I’d better post them now or never. 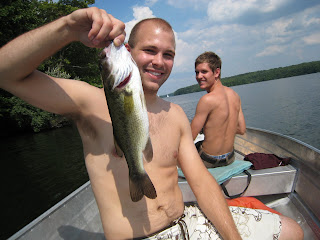 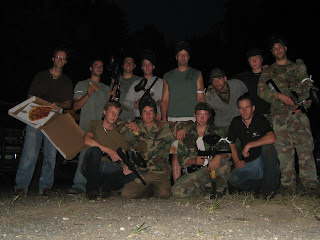 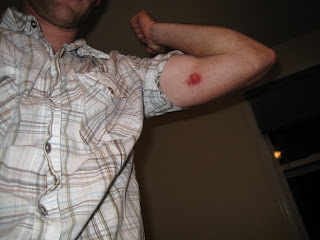 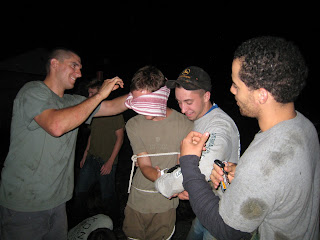 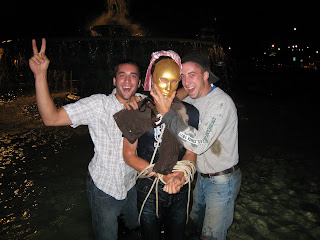 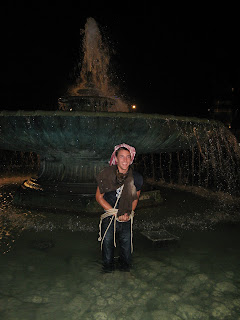 A fountain in down town Philly. 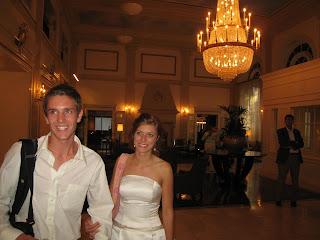 I have very few pictures from the wedding, and not even a picture of the whole wedding party! So we’ll have to jump to after the wedding. Jon and Ariel are off to Corsica. Anyone know where that is? 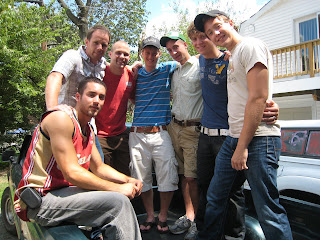 And the rest of us left behind.