At the beginning of each year, at the time for planting, the Babylonians carried an image of their god, Marduk, out onto the wild steppe lands to do battle with the primordial monster goddess, Tiamat.   Marduk’s victory that year ensured the success of their crops.  The route they took out of Babylon began at the temple of Marduk and followed a sacred processional way through a huge monumental gate called ‘the Gate of Ishtar’. 1

Inscriptions found on bricks in the gate indicate that it was built by Nebuchadnezzar II.

The gate stood at one end of a sacred procession way (the blue line in the map above) that extended from the southern citadel to the two largest temples in Babylon: E-temen-an-ki (‘temple of the foundation of heaven and earth;) and Esagil (house with the raised head). 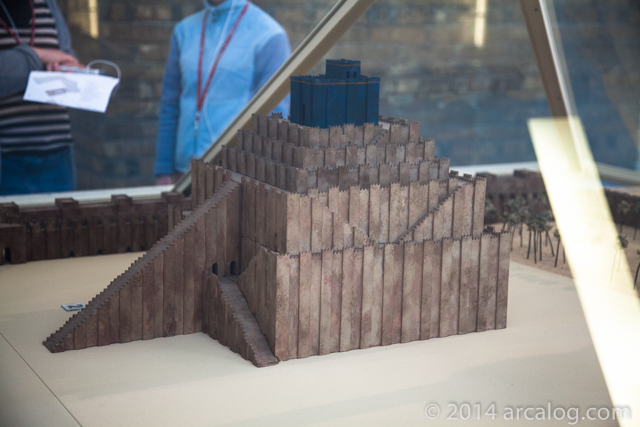 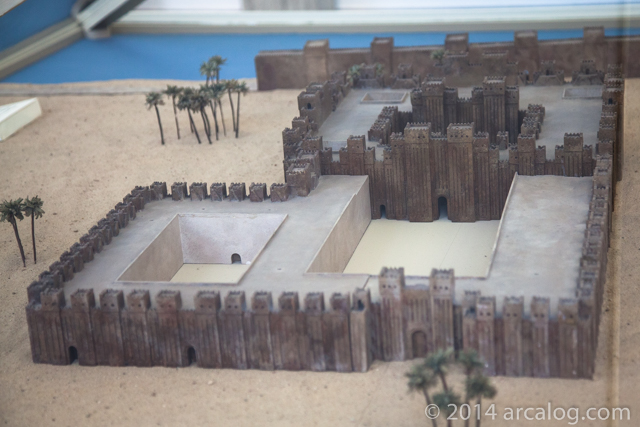 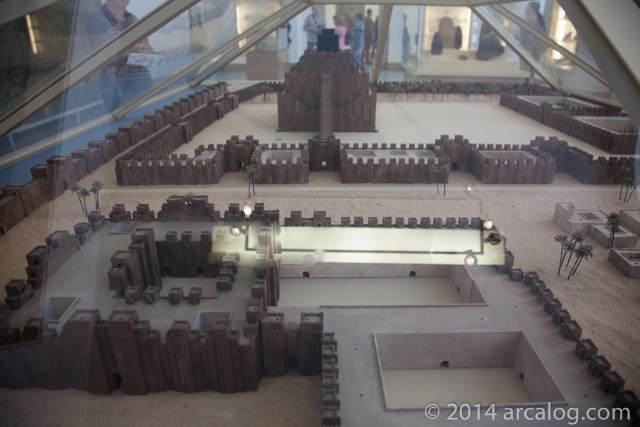 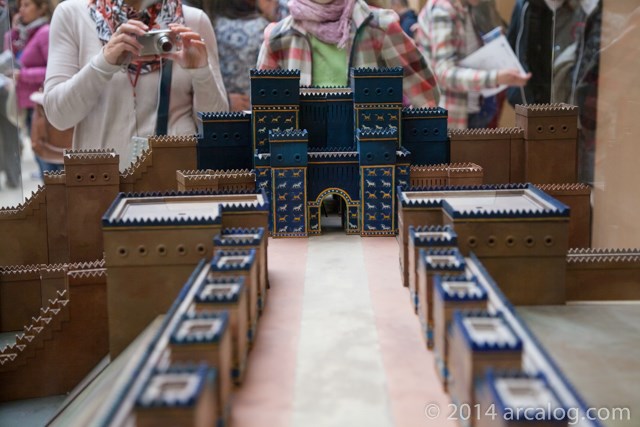 The gate of Ishtar was discovered by a German excavation team in the early 1900’s.   The following images are taken from Koldeway’s report on their discoveries at Babylon. A portion of the gate has been reconstructed  at the Pergamon Museum in Berlin from glazed bricks recovered at the site.   High res viewer works best in full screen mode.

Lions representing the goddess Ishtar are modelled in relief on the glazed bricks that line the main procession way through Babylon.  Ishtar was the Mesopotamian goddess of sex and war.

The gate itself is decorated with bulls and ‘dragons’, creatures associated with Hadad and Marduk respectively.

The bull is actually an Auroch – a type of now extinct wild bull.  In his account of the Gallic Wars, Julius Caesar said that the Auroc was just a little smaller than an elephant and just as unstoppable. German youth would hunt the bulls as a right of passage.   The Auroch survived in the forests of eastern Europe until the 17th century. (Wikipedia)

Koldewey points out that the ‘dragon’ is actually quite naturalistic in the way it is depicted except for the fact that it has the forequarters of a feline!  Its hind feet are those of a raptor which, Koldewey notes, is rather like that of a velociraptor.   An interesting apocryphal story tells how Daniel killed a ‘dragon’ that lived in Marduk’s temple in Babylon.  There may be a kernel of truth to the story if a serpent or lizard was kept in Marduk’s temple. 2