Yesterday I went to Foshan City to visit an upscale furniture factory. Here is a little video of my trip – 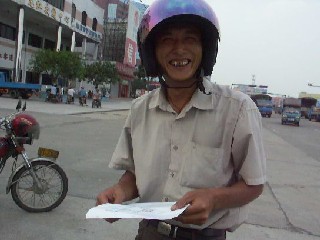 I needed a card reader so I asked around for a computer store. I ended up here! 8 or 9 floors packed with electronics. Most vendors had only a small space to sell their goods and many of them seemed to sell the same products. I don’t know how they make a living. I found my card reader for 7.00 CND but a Canon 30D cost about the same as it would have in Calgary. 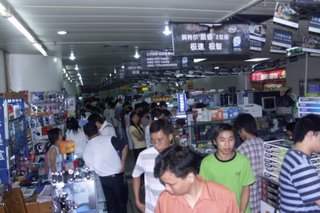 I’ve always wondered what the Islamic ulema teach their students. Here is a site that offers a window into this world. It’s a blow by blow commentary of the passages in the Koran that call for a holy war. Jihad: The Holy War of Islam and Its legitimacy in The Koran

If you wanted to know, here is why Christianity is lacking,

There is no substance in Christianity; it contains no more than a few moral teachings that form a set of advice such as “tell the truth”, “do not tell lies”, “do not gobble up the wealth of others”, and so on. Such things do not call for jihad? Islam however is a religion that sees it its duty and commitment to form an Islamic state. Islam came to reform society and to form a nation and government. Its mandate is the reform of the whole world. 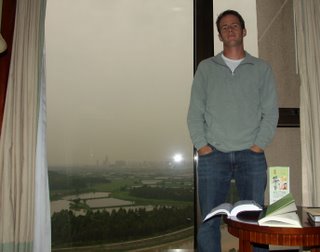 So my sister thinks that I am not really in Shenzhen but am just hiding out in China town.

So there is the Bow river behind me, some flooded barley fields and the calgary skyline, mostly hidden by smog… : )

After reading Blairs speech, I have a whole new respect for his leadership. He speaks with a clarity and foresight that brings to mind another great British Prime minister. I can’t imagine this doing much for Blairs popluarity in Britain but, like W.H.C., he is calling it as he sees it. A few quotes from his speech,


And most contemporaneously, and in some ways most perniciously, a very large and, I fear, growing part of our opinion looks at Israel, and thinks we pay too great a price for supporting it and sympathises with Muslim opinion that condemns it. Absent from so much of the coverage, is any understanding of the Israeli predicament. I, and any halfway sentient human being, regards the loss of civilian life in Lebanon as unacceptable, grieves for that nation, is sickened by its plight and wants the war to stop now. But just for a moment, put yourself in Israels place. It has a crisis in Gaza, sparked by the kidnap of a solider by Hamas. Suddenly, without warning, Hizbollah who have been continuing to operate in Southern Lebanon for two years in defiance of UN Resolution 1559, cross the UN blue line, kill eight Israeli soldiers and kidnap two more. They then fire rockets indiscriminately at the civilian population in Northern Israel Hizbollah gets their weapons from Iran. Iran are now also financing militant elements in Hamas. Iran President has called for Israel to be “wiped off the map”. And he’s trying to acquire a nuclear weapon. Just to complete the picture, Israel’s main neighbour along its eastern flank is Syria who supports Hizbollah and house the hardline leaders of Hamas.It’s not exactly a situation conducive to a feeling of security is it? But the central point is this. In the end, even the issue of Israel is just part of the same, wider struggle for the soul of the region. If we recognised this struggle for what it truly is, we would be at least along the first steps of the path to winning it. But a vast part of the Western opinion is not remotely near this yet. Whatever the outward manifestation at any one time – in Lebanon, in Gaza, in Iraq and add to that in Afghanistan, in Kashmir, in a host of other nations including now some in Africa – it is a global fight about global values; it is about modernisation, within Islam and outside of it; it is about whether our value system can be shown to be sufficiently robust, true, principled and appealing that it beats theirs. Islamist’s whole strategy is based on a presumed sense of grievance that can motivate people to divide against each other. Our answer has to be a set of values strong enough to unite people with each other… We need relentlessly, vigorously, to put a viable Palestinian Government on its feet, to offer a vision of how the Roadmap to final status negotiation can happen and then pursue it, week in, week out, ’til its done. Nothing else will do. Nothing else is more important to the success of our foreign policy…

That is why I say this struggle is one about values. Our values are worth struggling for. They represent humanity’s progress throughout the ages and at each point we have had to fight for them and defend them. As a new age beckons, it is time to fight for them again. 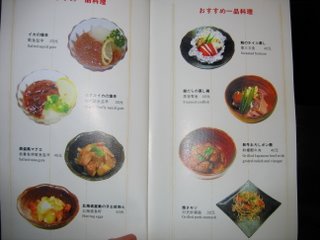 I am in Shenzhen now and thought I would put up a few pictures. 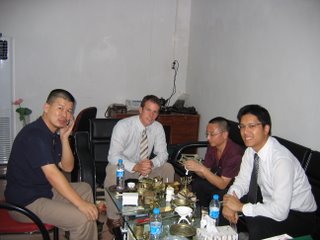 Mr. Chen is on the left. He is developing the tooling for us. And then myslef, Bruce, our main contact in Shenzhen and Kevin Lau who has been a great help in crossing cultural and language barriers.

An example of the tooling used to create the castings.

A couple examples of the castings.
Very exciting! 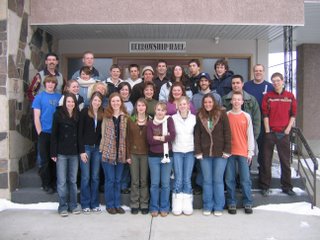 Joseph Reed writes of the cowardice shown by many ‘patriots’ after suffering the crushing defeat on Long Island in 1776,

“When I look round, and see how few of the numbers who talked so largely of death and honor are around me, and that those who are here are those from whom it was least expected… I am lost in wonder and surprise…Your nosiy sons of liberty are, I find, the quitest in the field… An engagement, or even the expectation of one gives a wonderful insight into character.”