I spent New Years at Buster and Gina’s place. It is about 2 1/2 hours east of here near Big Stone, Alberta. 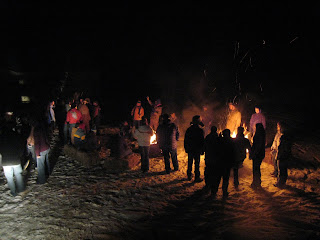 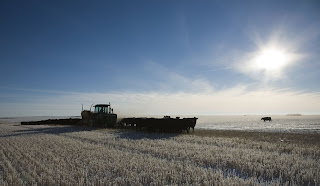 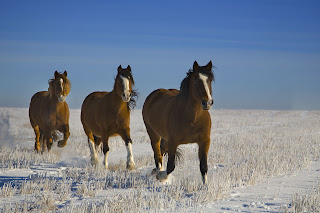 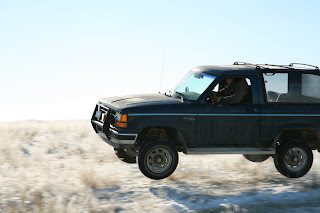 Chasing bronco’s in a Bronco. You have to enlarge this to see Busters expression. 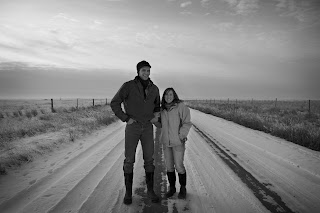 Buster and Gina with their child.. . (child not really visible in this picture) 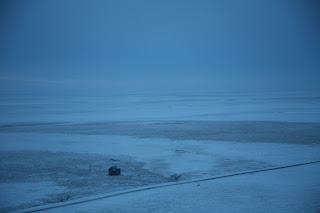 This was the Klassens first homestead! Pat Klassen took me up in his Piper Cub just before dark. It was interesting to hear him tell stories about the early settlers that moved out here in the 20’s. Most of the land is native prairie grass but you can see patches where farmers tried to make a go of it. All that is visible now are the faint lines left by their plows (as though someone had run a big comb over the ground) and an odd threshing machine sitting out in the middle of the bald prairie. 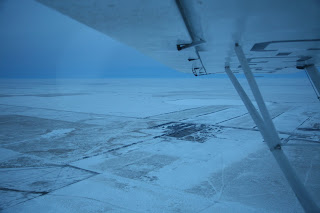 And here is the Klassen homestead today. Their ranch extends for miles in at least 3 directions… and maybe four (but no more than that)

2 thoughts on “New Years at Buster and Gina’s”